Recently I wrote about Salep, a delicious Turkish winter drink that you definitely must try if you happen to be in Turkey during the cold winter months. But, Salep is not the only delicious Turkish winter drink to try. One of the oldest drinks in Turkey dating back to the 4th Century is called Boza: a traditional, filling winter drink. This warming and healthy beverage find its origine in Turkey (which you can read here on Wikipedia if you are interested, since it’s to complex and long for me to explain), but it has been a very popular drink throughout history in all regions governed by Turkish communities such as Kazakhstan, Kyrgyzstan, Bulgaria, Macedonia, Kosovo, Bosnia and Herzegovina, Romania and Serbia.

Boza is a cold drink that is made from fermented grains. It can be made from any grain, but is usually made from corn, millet, rye, oats or wheat. After the grains of choice are boiled, water and sugar are added to the mixture and then the substance will be left for fermentation. During this process digestive features are formed. When the fermentation ends and the drink has cooled down, it is ready to be served. Usually it’s topped with cinnamon or roasted chickpeas. Boza is a very thick drink and because of this usually served with a spoon. It is really that substantial that for me personally it could serve as a meal replacement. It’s has a low alcohol content, usually between 1% and 6% and a slightly alcoholic, both sweet and sour taste.

In Turkey, the drink is mostly drank during winter because its warming and filling effect. And because of its health benefits since it contains nutritious values like protein, calcium, iron, zinc and vitamins B1-B2-B3-B6-B12. At this time of the year you can find many vendors in Istanbul, walking around with tanks filled with Boza on their backs. Don`t worry: you won’t miss them since you can hear them from a few miles away shouting from the streets: “Booozaaaa”. You can either buy a cup or bring your own one to fill it up. You will also see various brands of Boza for sale in the supermarkets and market stalls, but I can assure you that they are not so good as the real deal. Talking about the real deal.. if you happen to be in Istanbul, I can definitively recommend you to visit Vefa Bozacısı, a store that was opened in 1876, runned by an Albanian family near the Süleymaniye Mosque. 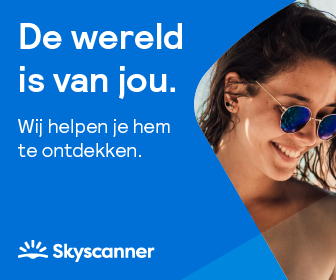